One of the biggest problems plaguing the construction industry is a lack of qualified workers capable of meeting current market demand for  labor, management, and supervision.  There have been a number of articles written on the topic and number of surveys administered to investigate the impact that access to qualified workers will have on general contracting firms, subcontractors, material suppliers and the American economy as a whole. The synopsis is not good. Analysts believe that a lack of qualified construction labor, management, and supervision personnel will not only limit the ability to get individual construction projects completed on time, but also constrain and hinder the pace of growth for the overall economy.

A variety of factors can be linked to the decrease in competent construction industry talent. The “Great Recession” hit the construction industry extremely hard causing many existing workers to seek employment in other areas, and simultaneously limited new entrants from coming into the industry due to a lack of prospective employment opportunities. Public policy and curriculum shifts away from technical education have also played a role in decreasing talent stocks.  At the same time the “graying” or aging of the current industry workforce population exacerbates the problem because there is no vehicle in place to mitigate the knowledge drain that will occur when veteran talent leaves the industry for good, via retirement. The graying and aging of the current industry population is the one factor the can be addressed most notably with expediency and in mass by the construction industry.

Diversity is the solution to this problem.  There needs to be a long term commitment from the industry on becoming more diverse, and a plan of action focused on recruiting diverse population groups into the world of construction. As the demographics of the country change, the construction industry must do more to attract millennials, women, a mixture of ethnic population groups, service disabled veterans, and members of the LGBT community. The industry can no longer afford to be predominately composed of an aging homogenous population group. Demographics are the major driver for the industries need to be more deliberate regarding its approach to diversity. The “browning” of America is the most significant factor affecting future population formation and growth. Data projections suggest that by the year 2045, minorities will constitute 46% of the U.S. population, with minority population growth between the years 2000 and 2045 representing 86% of total population growth. A commitment to diversity will position the construction industry as a viable career path to the emerging population groups of today and the majority population groups of tomorrow. Every industry competes for talent, and unless the construction industry makes a serious commitment to diversity it stands to lose “market share” in the battle to recruit intelligent, competent, and qualified talent in to the communal industry  fold. The industry must expand the tent in order to meet market demand and, to attract the best and brightest prospects. Failure to expand the tent takes away our most viable weapon in solving the industry wide labor, management, and supervision work force shortage. 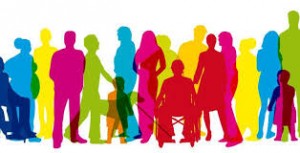